My DEM is showing up in the wrong place when opening in another program!

Projection errors in software are rampant!

We had a customer send an inquiry to Rock Support stating that the contours they downloaded and imported into ArcGIS Pro are showing up in the correct place, but the DEM is shifted.

ROCK Support and our development team took a deep dive into how this could happen.

ArcGIS has an error in their code which interprets certain parameters, for certain EPSG codes, as degrees minutes seconds instead of decimal degrees. To fix the issue, you will need to set the projection manually when importing into ArcGIS. 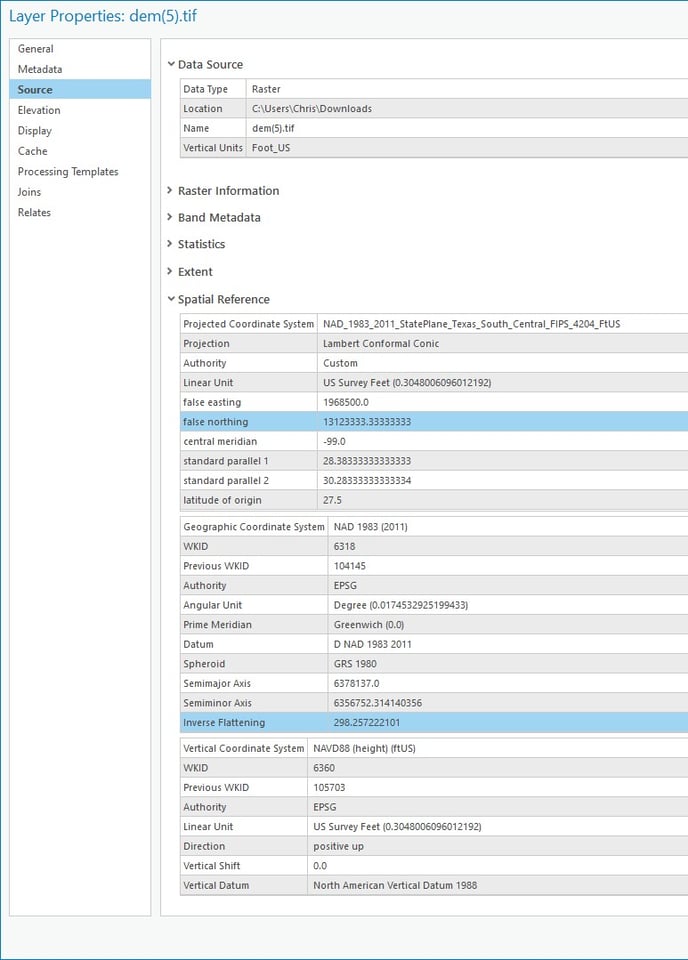 Looking closely, you can see that the latitude of origin is displaying as 27.5. However, looking at https://epsg.io/6588 it should be 27.8333333333333. We were able to confirm that the only information stored in the header of the DEM were the epsg codes. Therefore, the lookup was happening on the ArcGIS side.

After further review of the number 27.5 we concluded that 27 degrees 50 minutes equals 27.8333333333333 in decimal degree notation! Therefore, ArcGIS likely has an error in their projection database where this parameter was entered assuming it was in decimal degrees when in fact it was deg min sec.

We also found other examples of this problem with ArcGIS.

Open the DEM in ArcGIS and set the projection manually. If you need your customer to download this specific DEM, then upload to your project deliverables.