What is GPS (and How Does It Work)?

GPS, or Global Positioning System, is a satellite-based navigation system that allows users to determine their precise location and track their movement. 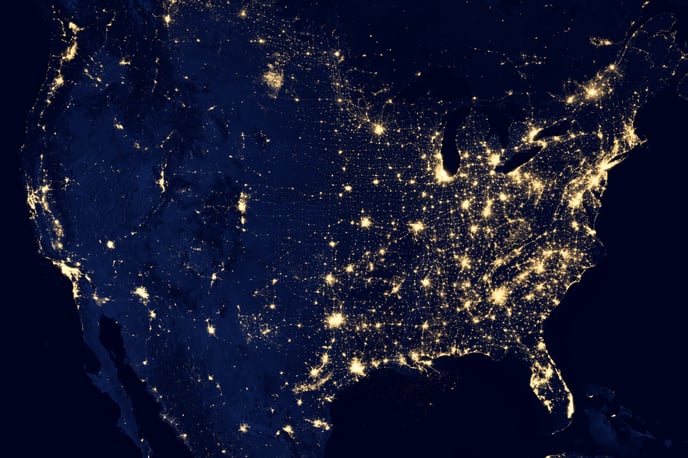 The GPS system is operated by the U.S. government and is available for use by anyone with a GPS receiver.

GNSS, or Global Navigation Satellite System, is a generic term used to refer to any satellite-based navigation system, including GPS, and other systems such as the Russian GLONASS and the European Galileo.

The GPS system is made up of three segments: the space segment, the control segment, and the user segment.

The space segment of the GPS system is made up of a network of satellites that orbit the Earth. These satellites are positioned in a specific pattern to ensure that at least four satellites are visible from any point on the Earth's surface at any given time. Each satellite is equipped with a highly precise atomic clock, which it uses to transmit signals that contain information about the satellite's location and the time the signal was transmitted. These signals are transmitted on different frequencies, which allows GPS receivers to distinguish between signals from different satellites. The space segment is designed to ensure that the satellites are always in the correct position and that their clocks are always accurate, this is done through the use of ground-based control stations that are used to track the satellites and ensure they are transmitting accurate information.

The control segment of the GPS system is responsible for maintaining the precision and accuracy of the system. It consists of a network of ground-based monitoring stations that track the GPS satellites in orbit and collect data on their position, velocity, and timing. This data is then used to calculate the satellite's orbits, update the clock offsets, and upload corrections to the satellites via a process called ranging. The control segment also monitors the health and status of the satellites and can command them to perform various tasks, such as adjusting their orbits or turning on and off their transmitters. The control segment plays a crucial role in ensuring that the GPS system provides reliable and accurate navigation information to users around the world.

The user segment of the GPS system refers to the equipment and devices used by individuals and organizations to access and utilize the GPS signals for navigation and positioning purposes. This can include GPS receivers in vehicles, smartphones, tablets, and other portable devices, as well as specialized equipment such as survey equipment, marine navigation systems, and aircraft navigation systems. The user segment is responsible for receiving the GPS signals, processing the data, and providing the user with information such as their current location, speed, and direction of travel. In addition, the user segment can include software and applications that can display maps, provide turn-by-turn navigation instructions, and perform various other GPS-related tasks. The user segment is the key link between the GPS system and the end-users who rely on the system for navigation and positioning needs.

How Does GPS Work?

GNSS works similarly, but it is an umbrella term that encompasses other satellite navigation systems such as GLONASS and Galileo, these systems also use a network of satellites that transmit signals to receivers on the ground to determine the user's location.

In the context of drone LiDAR surveying, GPS and GNSS are used to accurately determine the location of the drone as it collects data. This is important because the LiDAR sensor on the drone sends out laser pulses to measure the distance to the ground and other objects. The precise location of the drone is used to calculate the position of those objects in relation to the drone.

GPS and GNSS can also be used to navigate the drone to specific locations and to track its movement during the survey. This allows for highly accurate and efficient data collection, as the drone can be programmed to fly specific patterns and collect data from specific areas.

Data collected by the LiDAR sensor can be combined with the GPS/GNSS data to create highly accurate 3D maps and models of the surveyed area. This is particularly useful for surveying land for construction, monitoring the environment, and managing natural resources.